I think that monopolies need to be broken up to keep them from wielding so much power over what we are able to say on the Internet.

It's also kinda fucked up that all of them seemed to have coordinated a "bait and switch" maneuver on the general public.

To illustrate, first they welcomed everyone in regardless of what they said. Once they had enough people on board they changed the rules and kicked out everyone they didn't like. Google, Twitter, Facebook, Reddit all coordinated this at roughly the same time period.

Now that the rest of us are ostracized after haven fallen for the bait and switch, we can no longer utilize their "monopoly on the truth." So we are forced to turn to smaller platforms where our scope of influence is not as far reaching as it could be.

This is how monopolies can infringe on free speech.

Look into Marsh vs Alabama. Approaching a monopoly of a market complicates the issue. Whether Facebook or Twitter receive public funding (and they frankly probably do) is irrelevant to the fact that they have essential monopolies on public opinion.

America also grants the press the "freedom" to deceive the masses perpetually without any consequence.

People are not smart enough to handle America's unbridled freedom. Because of this, continuing to leave things as they are will only lead to the collapse of the very America that made such freedom possible.

Authored by Joseph Jankowski via PlanetFreeWill.com,

Big tech companies such as Google, Facebook, Twitter, and Youtube have performed “perhaps the greatest bait-and-switch in American history” as they now have committed to an about-face to the American value of free speech.

That is the assessment of Breitbart New‘s Allum Bokhari who exclusively presented a leaked Google internal briefing titled “The Good Censor” to the public on October 9th, exposing the world once again to major tech companies’ attitude towards the bedrock of the traditional American attitude.

“The Good Censor” is an 85-page briefing that openly admits that Google and other tech platforms are undertaking a “shift towards censorship” in response to unwelcome political events around the world. Unsurprisingly – especially afterleaked video showed google employees in an emotional meltdown after the election victory of Donald J. Trump – The Good Censor cites the 2016 U.S. presidential election and the rise of the populist Alternative for Deutschland (AfD) party in Germany as unwelcomed events.

While admitting the shift away from free speech it is also simultaneously admitted that those select few giants "control the majority of online conversations.”

The briefing goes into how Google, Facebook, Twitter and Youtube are stuck in a position of going along with the “unmediated marketplace of ideas” (free speech and free markets) vs. “well-ordered spaces for safety and civility” (censorship). These two directions are also described as the “American tradition” which “prioritizes free speech for democracy, not civility” and the “European tradition,” which “favors dignity over liberty and civility over freedom.” The internal pages claim that all tech platforms are now moving toward the European tradition.

Perhaps the most significant part of the brief, as Breitbart’s Bokhari reports, is when it associates Google’s new role as the guarantor of “civility” with the categories of “editor” and “publisher.”

This is significant, given that Google, YouTube, and other tech giants publicly claim they are not publishers but rather neutral platforms — a categorization that grants them special legal immunities under Section 230 of the Communications Decency Act. Elsewhere in the document, Google admits that Section 230 was designed to ensure they can remain neutral platforms for free expression.

What ordinary Americans long suspected, The Good Censor has proven beyond doubt. According to Google’s own analysis, tech companies have performed perhaps the greatest bait-and-switch in American history, promising their users free speech while they were taking over the market, only to go back on their word once they came to “control the majority of online conversations.”

What better example to prove this bait-and-switch than the statement given by Sinead McSweeney, Twitter’s vice president for public policy and communications in Europe, the Middle East, and Africa who told British politicians at the end of last year that it’s “no longer possible to stand up for all speech.”

The once acceptance and defense of free speech by these big tech players is dicussed in The Good Censor, as the document reads: “This free speech ideal was instilled in the DNA of the Silicon Valley startups that now control the majority of our online conversations.”

Supreme Court agrees to hear a case that could determine whether Facebook, Twitter and other social media companies can censor their users 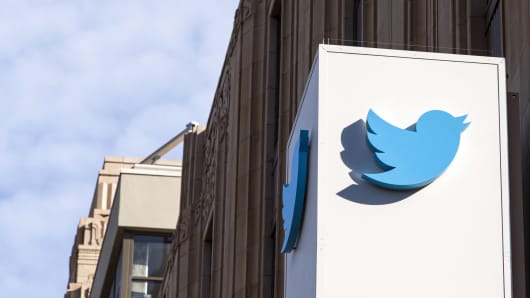 The Supreme Court has agreed to hear a case that could determine whether users can challenge social media companies on free speech grounds.

The case, Manhattan Community Access Corp. v. Halleck, No. 17-702, centers on whether a private operator of a public access television network is considered a state actor, which can be sued for First Amendment violations.

The case could have broader implications for social media and other media outlets. In particular, a broad ruling from the high court could open the country's largest technology companies up to First Amendment lawsuits.

That could shape the ability of companies like Facebook, Twitterand Alphabet's Google to control the content on their platforms as lawmakers clamor for more regulation and activists on the left and right spar over issues related to censorship and harassment.

The Supreme Court accepted the case on Friday. It is the first case taken by a reconstituted high court after Justice Brett Kavanaugh's confirmation earlier this month. 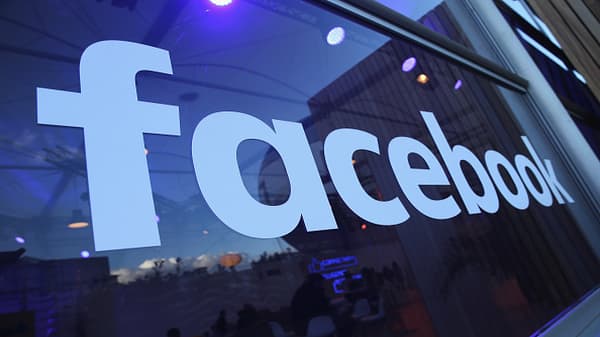 On its face, the case has nothing to do with social media at all. Rather, the facts of the case concern public access television, and two producers who claim they were punished for expressing their political views. The producers, DeeDee Halleck and Jesus Melendez, say that Manhattan Neighborhood Network suspended them for expressing views that were critical of the network.

In making the argument to the justices that the case was worthy of review, attorneys for MNN said the court could use the case to resolve a lingering dispute over the power of social media companies to regulate the content on their platforms.

While the First Amendment is meant to protect citizens against government attempts to limit speech, there are certain situations in which private companies can be subject to First Amendment liability. Attorneys for MNN have made the case that social media companies are clearly not government actors. But in raising the question, they have provided the Supreme Court an opportunity to weigh in.

"We stand at a moment when the very issue at the heart of this case—the interplay between private entities, nontraditional media, and the First Amendment—has been playing out in the courts, in other branches of government, and in the media itself," attorneys for MNN wrote in their final plea to the justices to take up the case.

A ruling against MNN on the broad question it has asked the court to consider could open social media companies to First Amendment suits, which would force them to limit the actions they take to control the content on their platforms.

The court could also rule more narrowly against MNN in a way that does not impact the companies.

The case is likely to get extra attention as it moves forward given Republican lawmakers' increasing attacks against social media companies for perceived partisanship. Those attacks have raised the specter that the court, which has served as a bulwark for conservative expression, could step in.

Some observers have expressed caution, saying that the justices are unlikely to rule in a way that could substantially impact social media companies.

Michael Pachter, a former tax attorney who covers Twitter as an analyst at Wedbush Securities, said he thought it was "extremely unlikely" that the court will issue a ruling that hamstrings social media companies, particularly given the court's deference to business interests.

If the court does place serious limits on how the companies can restrict the speech on their platforms, he said, it would make the networks more hostile, alienating their users and advertisers.

"[Twitter] is an uncivil place as it is," Pachter said. "But it will become less civil."

Courts in California and New Jersey have weighed in on the issue, finding that social media companies don't constitute state actors subject to First Amendment liability. A federal judge in New York ruled in May that the First Amendment protected users interacting with parts of Twitter, including the president's feed. But that ruling did not apply to Twitter as a whole.

The Supreme Court addressed a related issue in June 2017. In Packingham v. North Carolina, No. 15-1194, the court struck down a state law that prohibited sex offenders from accessing social media sites. In his opinion for the court, Justice Anthony Kennedy, who retired over the summer, referred to social media sites as a "modern public square." But the court's decision left important questions about what exactly that meant up in the air.

While the justices tend to describe themselves as being apolitical, the court of Chief Justice John Roberts has shown a distinct preference for speech cases that concern conservative ideology, according to an empirical analysis conducted by researchers affiliated with Washington University in St. Louis and the University of Michigan.

The analysis found that the justices on the court appointed by Republican presidents sided with conservative speech nearly 70 percent of the time.

"More than any other modern Court, the Roberts Court has trained its sights on speech promoting conservative values," the authors found.

In August, President Donald Trump blasted Google for allegedly suppressing conservative speech. In a post on Twitter, Trump wrote that "they are controlling what we can & cannot see. This is a very serious situation-will be addressed!"

Rep. Devin Nunes, R-Calif., the conservative chairman of the House Intelligence Committee, in July accused Twitter of censorship and threatened legal action against the company.

Perhaps most dramatically, Facebook, YouTube, Apple and the music platform Spotify removed content from right-wing conspiracy theorist and provocateur Alex Jones in August, accusing the talk show host of violating their terms of service. Indeed, MNN cited Jones's removal in a legal brief, saying it was an example of the heightened attention to the issue of First Amendment rights online.

The major social media companies, which either did not respond or declined to comment to CNBC, have said they do not censor speech based on political ideology.

In August, as the uproar from conservatives reached a fever pitch, Twitter CEO Jack Dorsey called into the radio show hosted by conservative commentator Sean Hannity.

"We do not shadow ban according to political ideology or viewpoint or content. Period," Dorsey said at the time.

For its part, Google released a statement saying that its search feature "is not used to set a political agenda and we don't bias our results toward any political ideology."

During an April hearing before the Senate's Commerce and Judiciary Committees, Facebook CEO Mark Zuckerberg was grilled by Sen. Ted Cruz, R-Texas, about whether Facebook considered itself a "neutral public forum."

"There are a great many Americans who I think are deeply concerned that that Facebook and other tech companies are engaged in a pervasive pattern of bias and political censorship," Cruz said.

In response, Zuckerberg said that Facebook is a "platform for all ideas."

Read The Good Censor, obtained by Breitbart, in full below.